Two violin bows, an old metal cheese cover, cards with letters of the alphabet, a photo of Terry Fox riding his Vespa on a country road near Florence in 1986, the story of two piano wires stretched between a window frame and a kitchen cabinet, a hot plate with the potential of becoming an instrument, the memory of a performance that cannot be repeated… sounds unheard. Tracks of an artist’s life creating a space between absence and presence. The archive – an ark, a hive – creates echoes, that sound into the future. 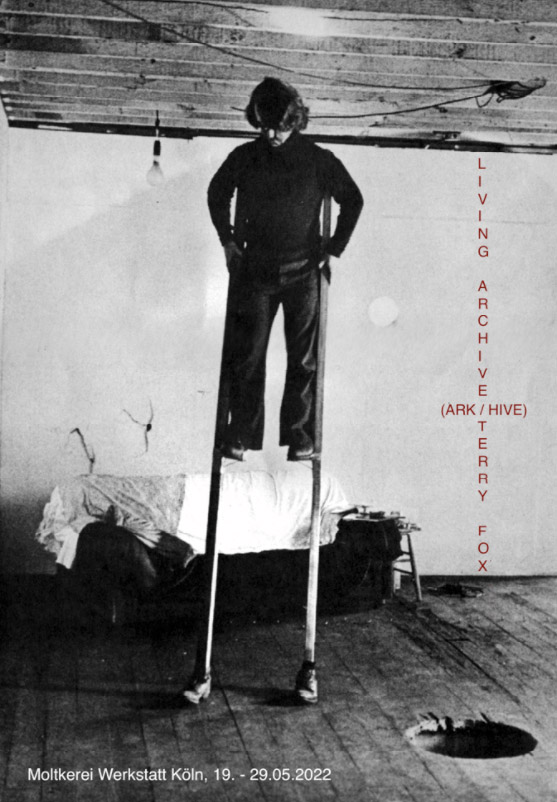 Symposium / Terry Fox – The Eye’s Not The Only Glass That Burns The Mind
Kunstmuseum Bern, 5th and 6th of May, 2017

Detailed information about the program (in German): Program-Flyer (pdf) 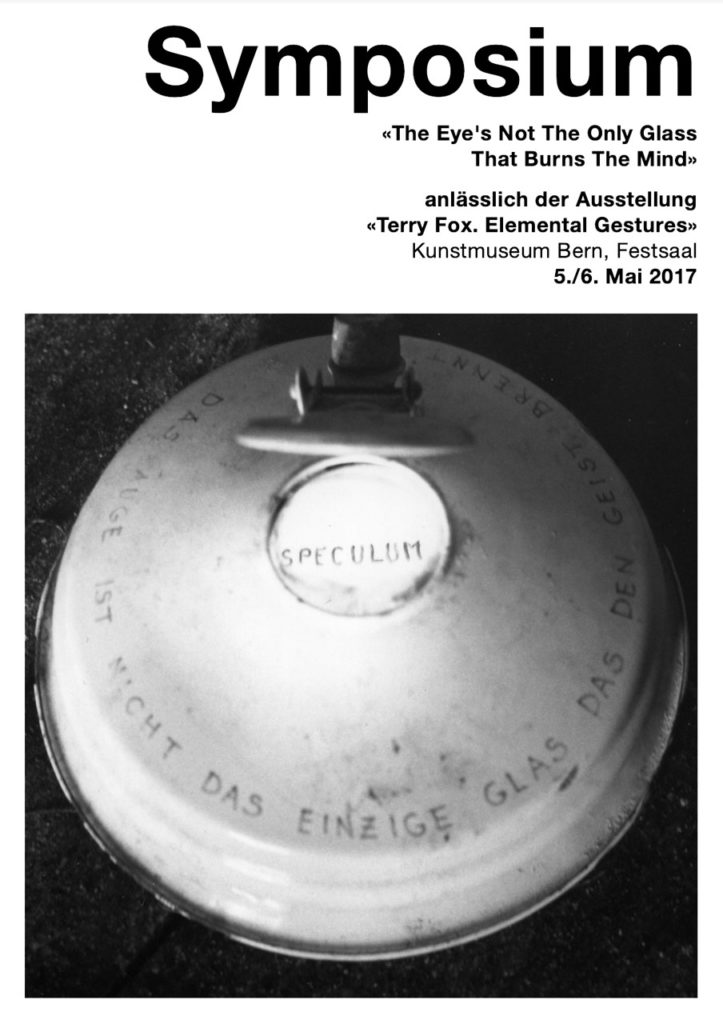 On the occasion of Elemental Gestures – Terry Fox, a solo exhibition at the Academy of Arts, Berlin, the Terry Fox Asssociation (TFA, Köln) is holding a symposium with lectures, discussions, and a film program. In the spirit of the goal of the TFA to replenish and investigate the complex and multilayered oeuvre of Terry Fox, the TFA invites a roundtable group of his artist colleagues and friends to have a closer look and to analyse certain forms of actions, poetics of space, and elemental practices of presence and concentration. Because even though the artist himself precisely described and reflected on his work the complexity and breadth of the art of Terry Fox has, until now, just been explored rudimentarily.

Location:
Clubraum of the Academy of Arts Berlin, Hanseatenweg
(from 2 pm, entrance free) 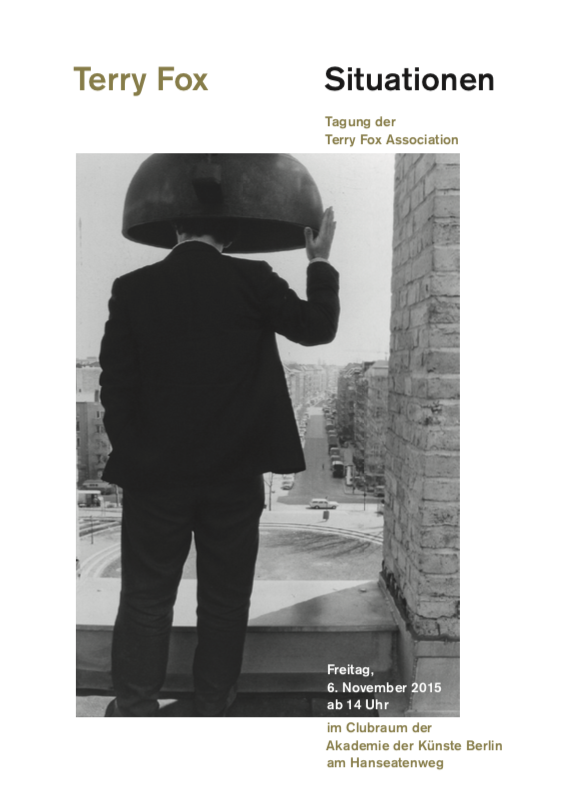 Works by Terry Fox from the collection in the Kunstmuseum Bern, Switzerland, in cooperation with the Stadtgalerie Bern as part of the „BONE – Festival für Aktionskunst / Performance Art Festival Bern.
Curator: Valerian Maly.

In 2005 Terry Fox was artist in residence in Worpswede, a remote village in the north of Germany surrounded by forests and moors. The location is well-known as the „Worpsweder artist colony“ founded by the artist and social revolutionary Heinrich Vogeler, and joined by such visionary artists and poets as Paula Modersohn-Becker and Rainer Maria Rilke. The exhibition LOCUS SOLUS in the Heinrich-Vogeler-Museum, Worpswede, presents works of Terry Fox from various private German collections, and provides insights into the different phases of the artist’s creative evolution. This is the first solo museum show since his death in 2008. „Concentration and critique, energy and exhaustion, reduction and poetry, humor and lightness – everything that Terry Fox made experiential in his actions and situations, is also present in his objects. Fully engaging with this art requires and causes us to slow down the speed of our everyday lives, and increase our attention and awareness – abilities that are more and more elusive – creating moments that Art can only dream of…except in such a place as Worpswede.“ (Lisa Steib) 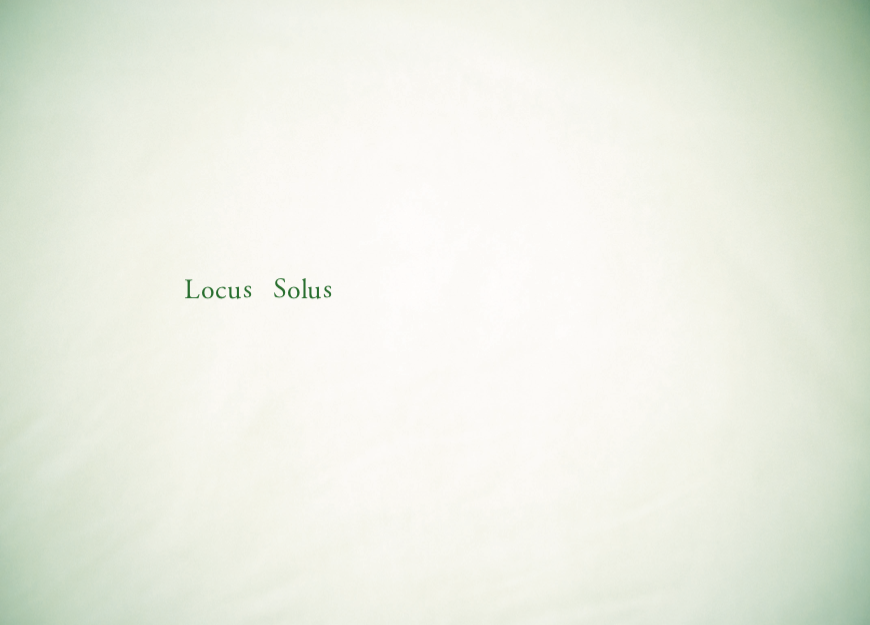 With an extensive program of  concerts and performances, friends and companions of Terry Fox paid tribute to the artist who had died one year earlier. Terry Fox lived in Cologne from 1996 until his death, where he left numerous artistic traces. 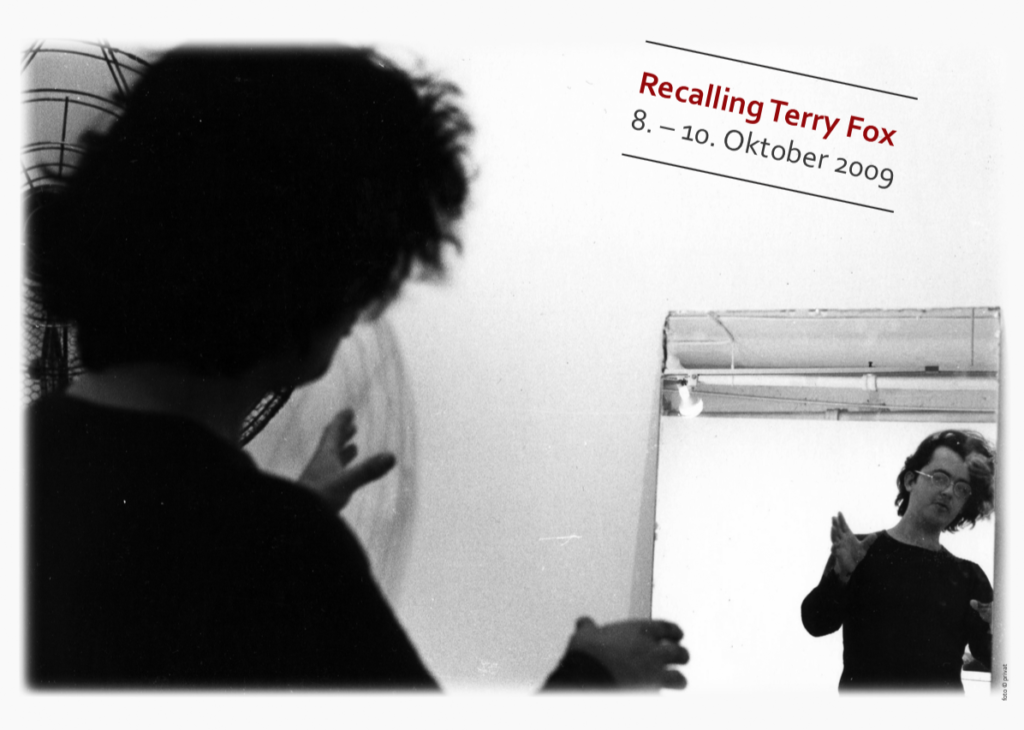